Maybe, but we also saw that Liverpool without Salah is just a good but unremarkable team of honest triers and hard runners. I suspect that they’re not going to challenge next season if Salah does not hit the same heights. But if he’s in the same goal scoring form, a player like that can win you things.
Top 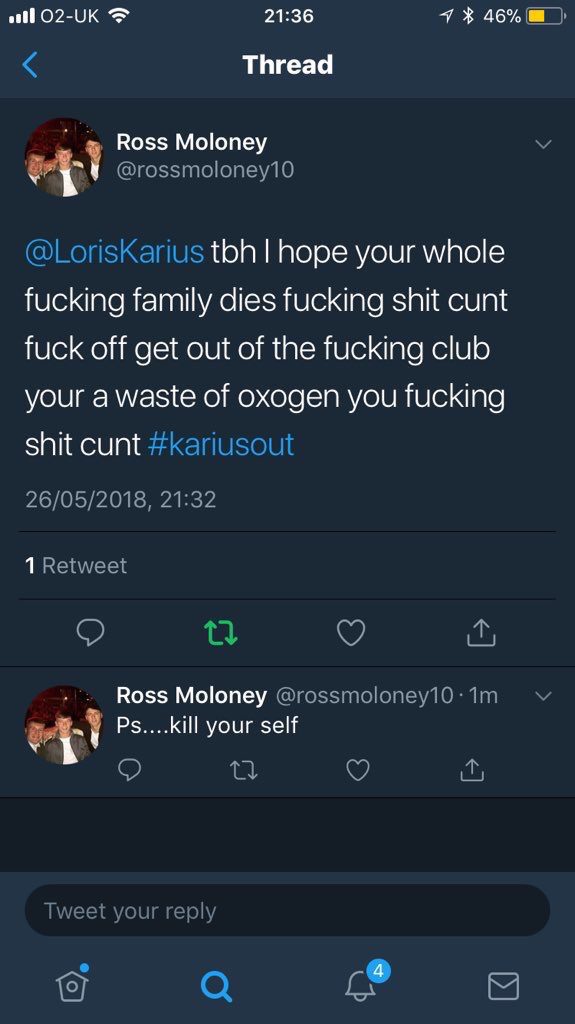 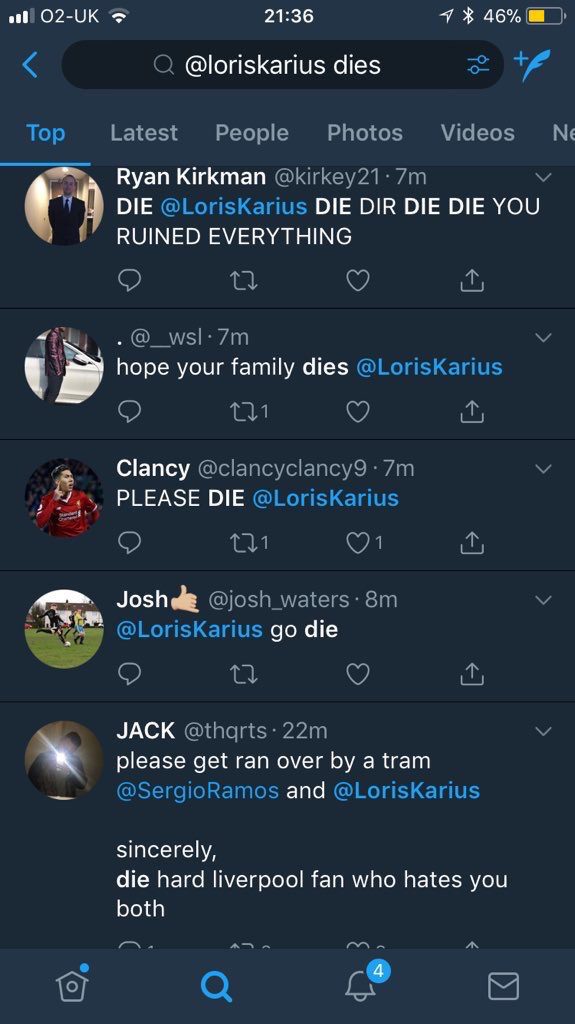 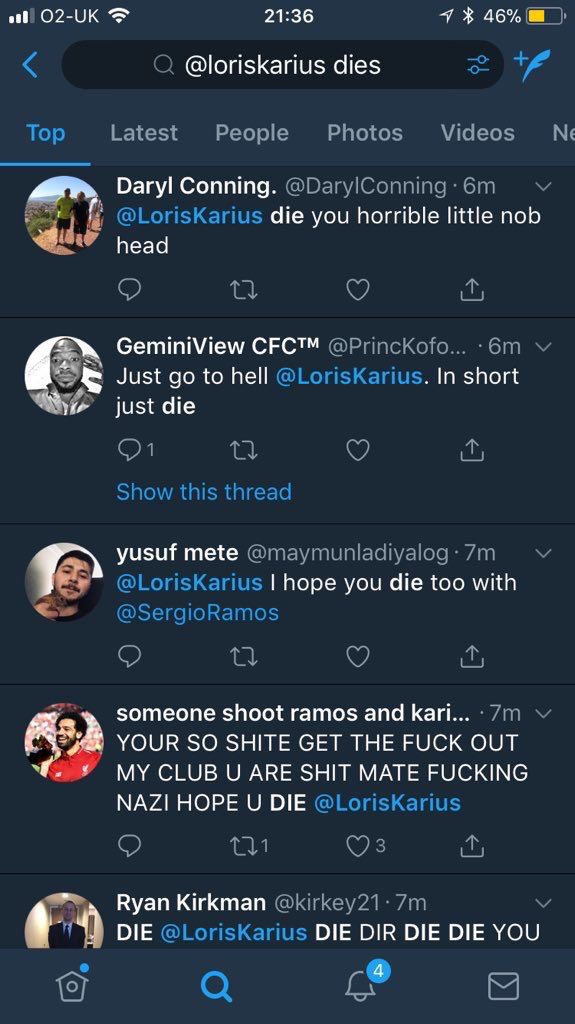 What a shower of fucking pricks the scouse fans are.

Pretty sure you'd get these from most big fan bases
Top

You know what, looking at highlights again, I think it's just shit that the other Liverpool players all blank and ignore Karius at the end of the match. It's the Real players who comfort him. Rio is right, this is a guy who's going to need being looked out for in the months ahead. His career could well be over at the age of 24, no matter where he goes this will be hanging over him, he's going to go into a dark place.

Shithouse small minded club are going to tell themselves that they would have won if not for Karius, burn him in effigy, but the reality is they never looked like winning after Salah went off.
Top

And Klopp's a bluffing twat. Yeah he gets good results by putting all the team's focus on the attack, but it rarely goes anywhere in the end because he is clueless about defending. Think of how Ferguson managed de Gea in the early days, and compare it to the slow moving train wreck around Karius this season that Klopp is going to try to wash his hands of now.
Top

Abramovic is moving to Israel. Looks like the UK won't give him citizenship. I wonder what this means for Chelsea
Top

Fucking hell, they don't half love a quest for justice.

ashleyfuckingyoung wrote: ↑
2 years ago
Fucking hell, they don't half love a quest for justice.

Too late for anything be done surely....
But tbf it was a bad tackle and he knew what he was doing
Halfway between the gutter and the stars

Fabinho to Liverpool. Keita coming and Fekir strongly linked.
Throw in a keeper and you have a side that looks pretty fucking strong....
Top
Post Reply
12569 posts

Return to “Anything But United”