dozer wrote: Let me guess, Laz and Sid have already decided that Jose and C-Ron are guilty. Just like they decide that Rooney will always have a good game and the players they don't like will always be bad on the pitch and off it. I suppose they're hoping Pogba dies or gets a serious injury? Or perhaps some jail time? Too religious for me

As if he was ever innocent, as if they're not all at it
Top

"Tripped up by red tape"

And here's David Moyes on a train 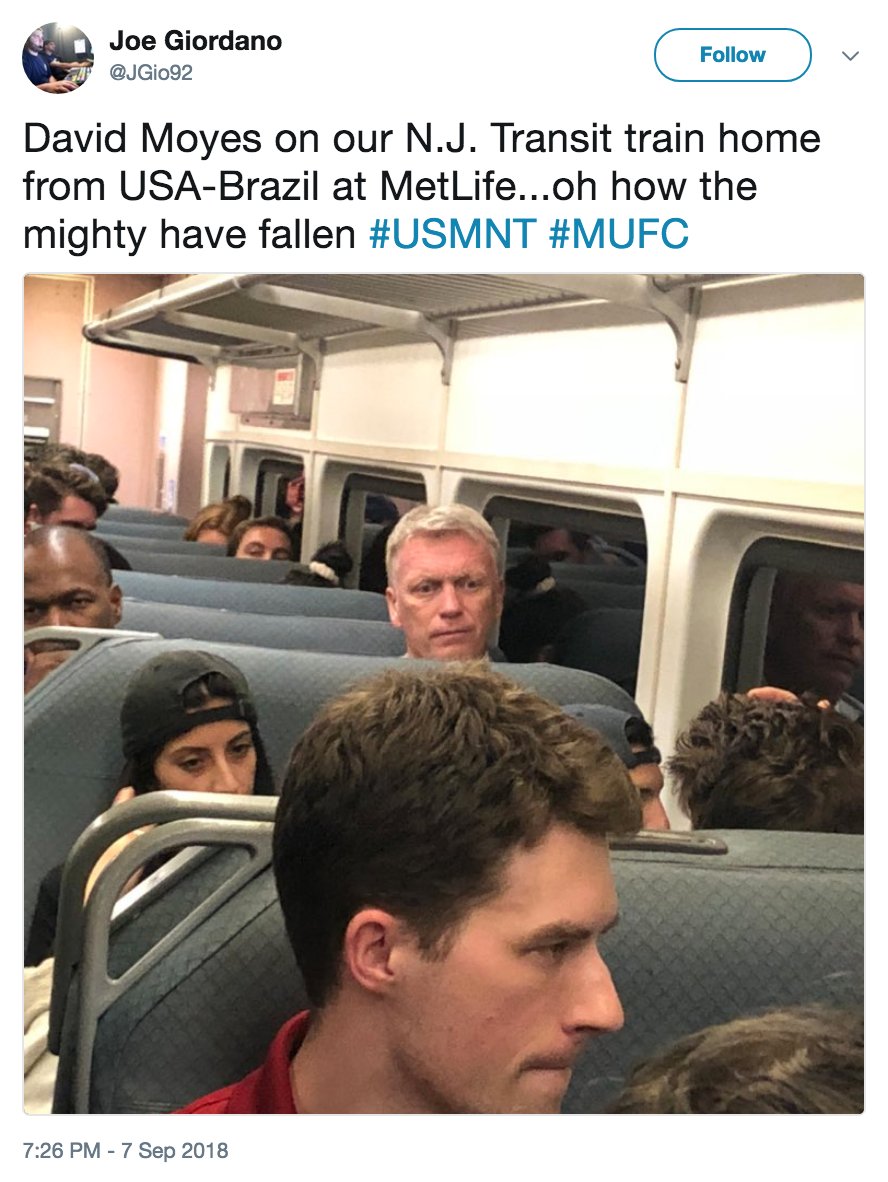 For a while he managed to look like he'd pull staying on his feet off, but then........

Let's hope this is a portent of things to come!

Sid wrote: ↑
2 years ago
And here's David Moyes on a train

Sid wrote: ↑
2 years ago
And here's David Moyes on a train

“Speaking about Marcus, I think I can expect that Sunday I’m going to be highly criticised for not playing him tomorrow because some of the boys are really obsessed with me and, some of them, they have I think a problem with some compulsive lies,”

“If I listen to players from back in the day and now a manager cannot say what he wants to a player because you feel attacked.

But I don’t feel attacked because that’s who I am – I’m a tough man. But that doesn’t come from football, that comes from my background.

“My relationship with him [Mourinho] is cool. He makes me laugh, he makes the players laugh, he’s a real family guy.

“He fights for his players but he’s real. When you’re not happy you don’t need to fake your emotions.

“People need to appreciate that. At least there are people who are real in this world like him because most of the managers in the league, when they’re not happy they try to find a way to seem happy.

“You should respect that he wants to keep his own personality and not shy away from confrontation.”


He sounds like one of Trump's minions..... HE get's it, HE can see what the rest of us can't, HE's man enough to deal with Jose's strenght, OTHERS need to get on board....... This will do wonders for squad cohesion. BTW what does "he’s a real family guy." mean? He lives away from his family in a hotel ffs!!! Maybe he thinks he's like Peter Griffin..... "I've got an idea. An idea so smart my head would explode if i even began to know what i was talking about."
"Respect! Respect! Respect Maan! Respect! Respect!........."