They've suffered for a long time tbf if you consider top 4/5/6 finishes and the odd domestic cup suffering. Wenger's success happened a long time ago. For a club of their history and turnover they should be challenging for the title every year. If they didn't have the most expensive tickets in european football the fans might have been more patient. But then tbf it if you look at their results it's clear Wenger was in decline. His football was figured out a long time ago.

What's going ot be fun is seeing how they adapt from a manager that always plays fast attacking football on the deck to someone like Allegri that doesn't. They've had 22 years of mostly attractive football. But now that could change.

He was lucky in first major successful spell in thatvhe inherited a back five that was as good as any including ours, then he had Cole Campbell etc and he knew the French league inside out and so pillaged it for some whoppers, once him and Dein split he wasn’t the same.

I know it’s not the same dynamic in terms of jobs but it’s the same way Clough needed Taylor,

Fergie kept fresh by bringing in new assistants as well, the Carlos Q era, signing that boy Fergie had never heard of not with standing, was immense, you could almost see Fergie looking younger himself especially as we had quite a few latin/Latino players
Well I suppose that's the knighthood fucked.
Top

He did more than just sign and inherit players though, Zebs. He made his players play the ball on the deck quickly with a minimum amount of touches in a time for 442 and quite a bit of hoofing. It was a philosophy that absolutely battered teams and was great to watch.

The two things go together, you need a great philosophy and you need quality to pull it off.

He also brought in revolutuonary ideas off the field, like getting footballers eating nutricious food, not smoking or playing pissed.
Top

Rumours circulating here that Arsenal want Ralf Rangnick - now that would be clever.
From ghoulies and ghosties and long-leggedy beasties and things that go bump in the night, Good Lord deliver us...and while you're at it, a bit of a helping hand with hobbits wouldn't go amiss...
Top

Is he any good, Swamp?
Top

Very, Sid - just look at Leipzig, where he is currently DOF. And very influential - he was the inventor of the 'pressing' tactic.
From ghoulies and ghosties and long-leggedy beasties and things that go bump in the night, Good Lord deliver us...and while you're at it, a bit of a helping hand with hobbits wouldn't go amiss...
Top

Rab Leipzig are fucking scum though aren't they, pumped full of Red Bull money. It'll be harder at Arsenal.
Top

Sid wrote: ↑
3 years ago
Rab Leipzig are fucking scum though aren't they, pumped full of Red Bull money. It'll be harder at Arsenal.

Pretty sure Rab was always pumped full of Tennents. 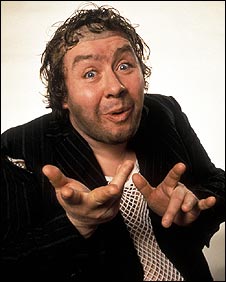 Return to “Anything But United”